This site doesn't support Internet Explorer. Please use a modern browser like Chrome, Firefox or Edge.

The History of Holbeck...

​Holbeck originally got its name from the stream that ran from the south west of Leeds into the River Aire. It was a village in the 18th century that progressively over time turned into an inner city of Leeds by the development of hand weaving.

During the 18th century Holbeck was known for its spa water, but during the 19th century it began to industrialise and became known for its iron works, manufacturing of steam engines and machinery of all kinds. Since then Holbeck has regenerated and adjusted into what we know and see in our modern day.

​However, Holbeck has taken a downward spiral in recent years due to the legalisation of prostitution, increase in poverty, drug use and high crime rates. Holbeck

​Our Vision for Holbeck...

Stems from Tasha's devastating story of a 15 year crack and alcohol addiction. Tasha knows first hand what a destructive life this brings and the horrific long lasting effects which plague not only the addicts, but also devastates their surrounding families and friends.

​Our heart is to now help people stuck in the same cycle. Tasha is frequently out around Holbeck building relationships, supporting those in need, leading people to Christ, giving out Bibles and being a bridge to those who make a decision to go into a rehabilitation programme.

​When the Coronavirus broke out at the beginning of 2020 we knew we wanted to help those in need even more and thanks to the Funding from the Coronavirus Community Support Fund distrubuted by The National Lottery Community Fund, we were able to do just that. We decided to put a three month plan together starting from October 2020 going through to December 2020, giving out food and clothes parcels to those in need.

To bring a little fun to the children we also brought Father Christmas to Holbeck in December, along with shoes boxes full of toys, a hot meal, Christmas carols and mince pies. 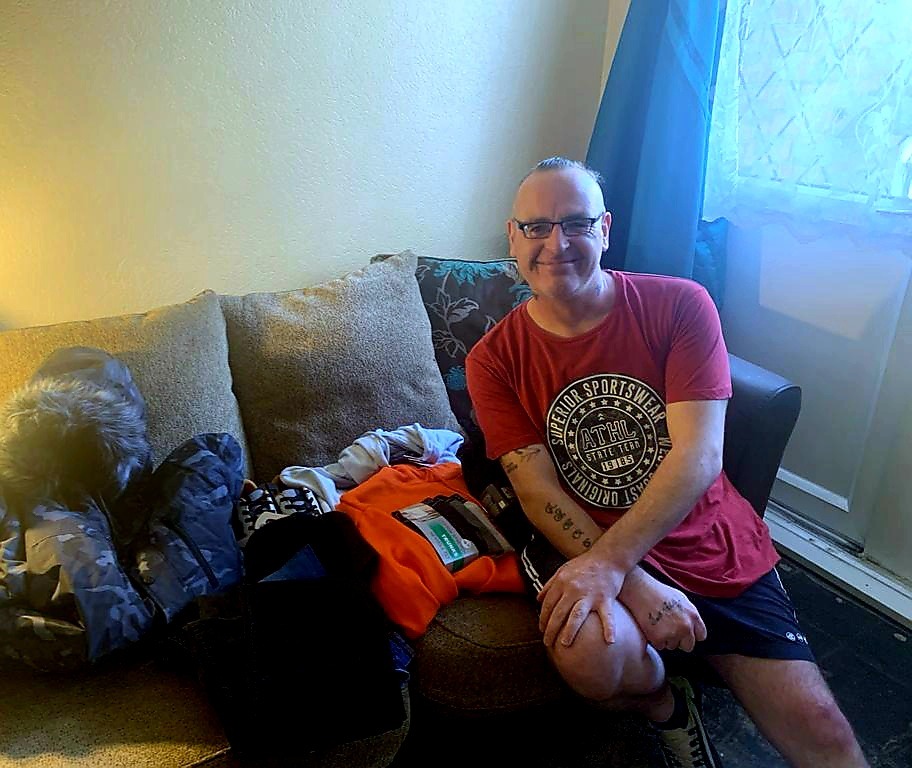 "You will always face a battle before your breakthrough"!

NATASHA WYER is a charity registered in England and Wales. Charity Reg No: 1187060